Move over Brussel Sprouts… Kalettes are on our menu this Christmas

Many of you might be wondering what a kalette is, well a few years ago a British seed company, Tozer seeds decided to come up with a new vegetable through the method of cross pollination and decided to cross traditional brussels sprouts with kale! 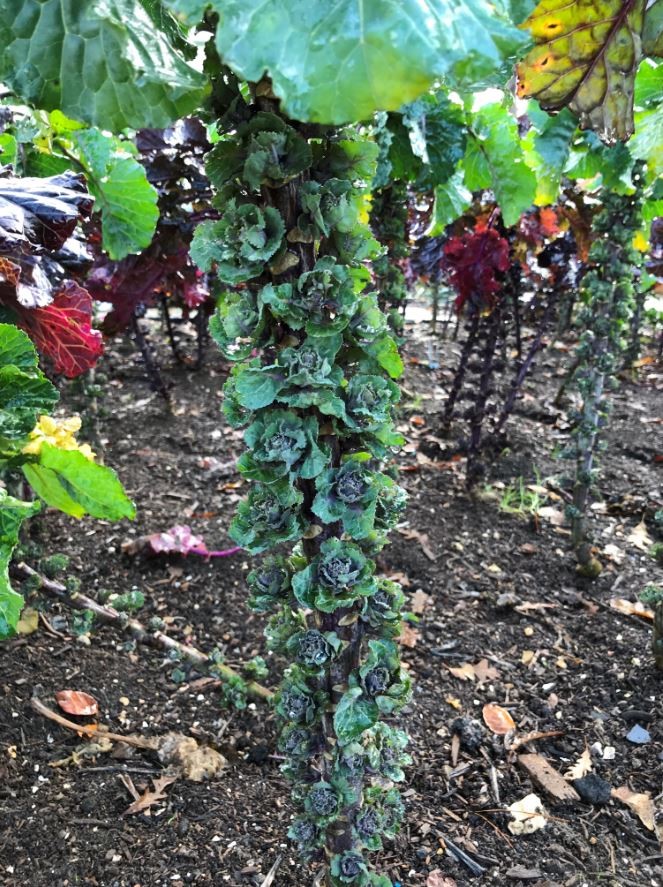 Kalettes have been described as a new super food, they contain twice the amount of vitamin C, B6 and E than brussels sprouts. Originally called flower sprouts or petit posy, the name was changed to kalettes after many agreed flower sprouts sounded too similar to brussels. An American name for them is lollipop Kale but I think that is just to make it sound more appealing for parents trying to get their children to eat vegetables.

Kalettes tend to taste sweeter and slightly nutty in comparison to regular kale or brussels sprouts but we love them here at THE PIG, the red and burgundy always adds a lovely splash of colour to our patch. Unlike a lot of purple veg, they retain their purple colour when lightly cooked.

Kalettes are in the brassica family, so much like most brassicas they require a long growing season. This year we started off by placing them in seed trays in March, 6 weeks later we planted them out after they had been hardened off. We then planted our kalette bed in the first week of May, because they tend to grow quite tall, we then spaced them 18 inches between plants.

We plant in a different area each year in accordance with our crop rotation this helps to manage nutrient levels in the soil, as well as protecting the plants from pests and diseases, any area from full sun to partial shade will do. Because kalettes grow quite tall like brussels sprouts some wind protection is ideal, or they may need staking. 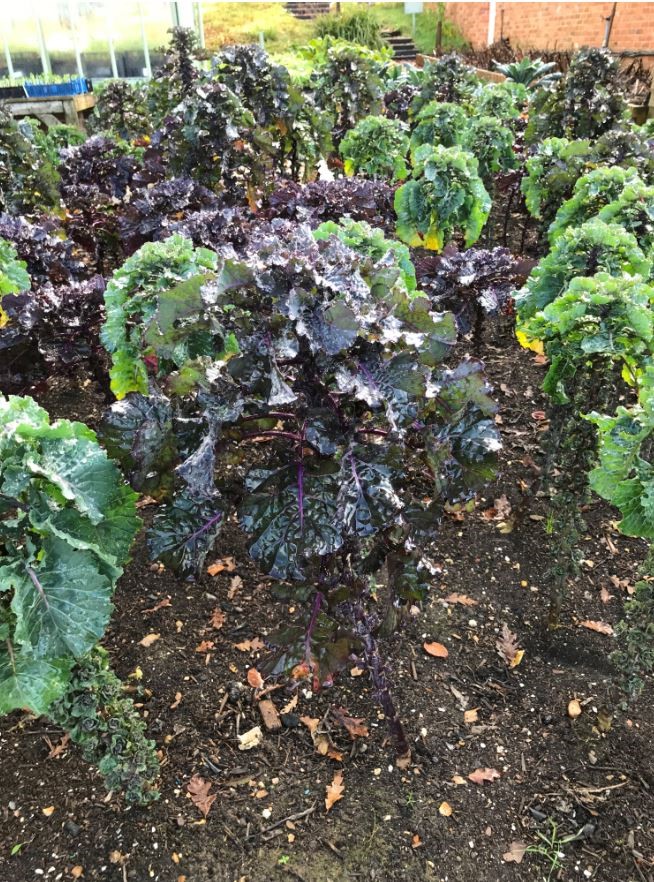 Planting the Kalettes
Kalettes are quite heavy feeders so a dressing of nitrogen in autumn will really help them or they can be grown where a nitrogen fixing crop was grown previously. Brassicas like heavy soil as they don’t like their roots being disturbed so our heavy clay soil here at Brockenhurst really suits the Kalettes and they always produce very well for us.

The florets start to form in October and are usually harvested from November onwards and like many other vegetables they taste a little sweeter after a good frost. As they don’t all mature at the same time then they can continue harvesting right through until March even April, to harvest simply grasp the florets at the base and gently move to one side and they should come cleanly off the stem. They are certainly worth growing for their colours as well as the delicious florets but be aware that they will take up an area of the vegetable garden for a long time. 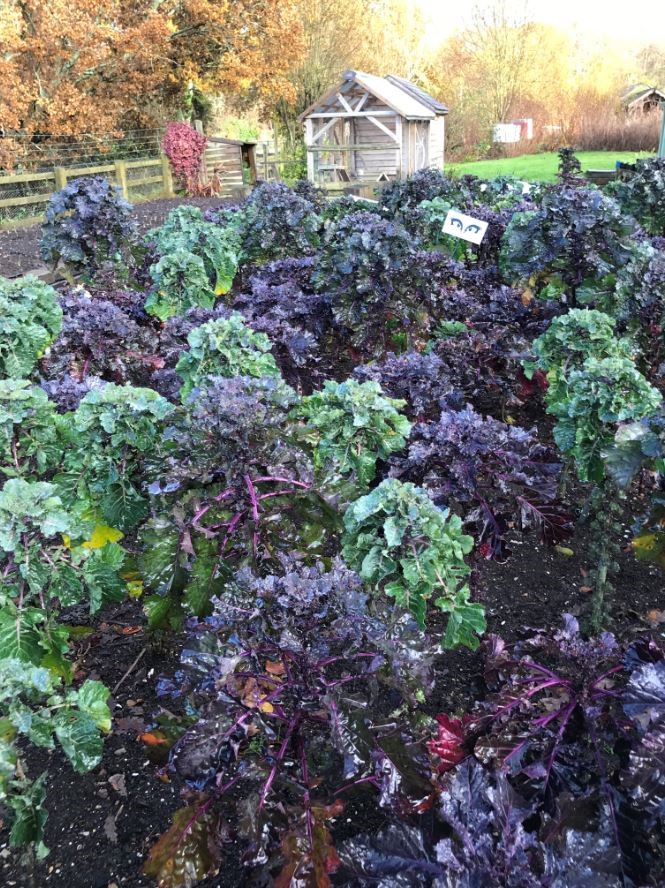 Our Chefs love using Kalettes as a side for many of our dishes including our delicious Pork Tomahawk and they are an interesting alternative to your table this Christmas.